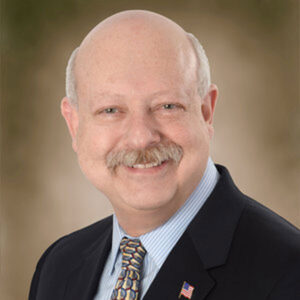 Steven G. Kamen, NSSA is a nationally-recognized Author, Financial Speaker, Continuing Education Instructor and Wealth Planner who for four decades has been helping people prepare for the future, and continues to fulfill his calling in doing so.

As a National Social Security Advisor (NSSA), Steve has counseled thousands of retirees and those about to retire on wealth preservation, as well as assisting college-bound families on securing the family financial base. Mr. Kamen is a workshop presenter at multiple area high schools and colleges, including Empire State College. He has appeared on financial television shows, radio, has authored several articles and has been called upon by Barron’s and Money Magazine for expert commentary. He is currently working on a second book named “Retire Abundantly” which will help people understand some of the dangers that they could fall into while trying to preserve their wealth.

Steve was invited to serve on Congressman Jim Greenwood’s Congressional Working Advisory Group, reporting directly to the Chairman of the Oversight and Investigation Subcommittee to help draft new legislation in the wake of the ENRON collapse.

Steve entered the business in the late 1970’s because of the direct impact the Estate Tax Laws had on his treasured family business. This experience uncovered a new goal in his life, protecting other families and businesses from this disheartening miscalculation. In the mid-1980’s he formed a planning company, setting out to empower families and businesses to thrive and not experience the harrowing consequences his family suffered. From there, he co-founded Mosaic Wealth Strategies Group, Ltd with Maureen Hallaran, NSSA in Saratoga Springs, NY providing a spectrum of services, continuing his mission of helping Clients prepare for the future, of which he remains instinctively passionate.

The City College Of New York

Just a quick conversation with Steve will help you understand his grounded personality and quick wit that places anyone in his presence at ease. He has a profound respect for classic cars and appreciates collecting and restoring them with his son Jacob. A metaphor for his career of helping uncover the potential of every Client he encounters. Steve is an active member of his community and supporter of small, local businesses. He resides in Saratoga Springs, NY with his wife Doreen and their son.

I Would Love To Help You Plan For Retirement